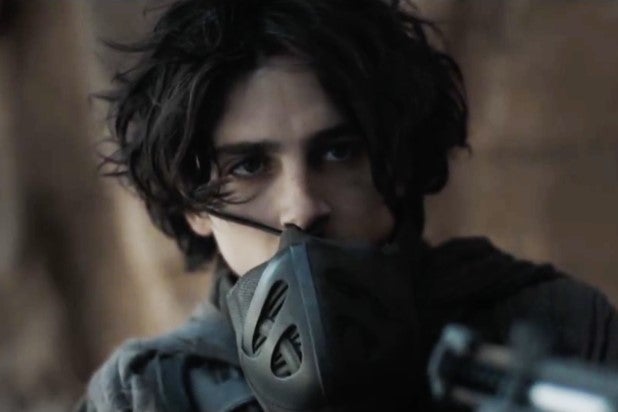 If you’re not paying attention to the turmoil in Hollywood over Warner Bros.’ decision to put all its 2021 films on HBO Max and in theaters at the same time, you might have missed a veiled swipe that Timothee Chalamet made at the end of “Saturday Night Live” this weekend.

During the customary end-of-show farewell, Chalamet implored viewers to “treat others with kindness,” giving credit to fellow recent “SNL” host Harry Styles for saying it first. But some on Twitter pointed out that the actor was wearing a hoodie featuring the logo of Legendary, the studio that produced two major blockbusters that Warner is including in the HBO Max move: “Godzilla vs. Kong” and “Dune,” the…