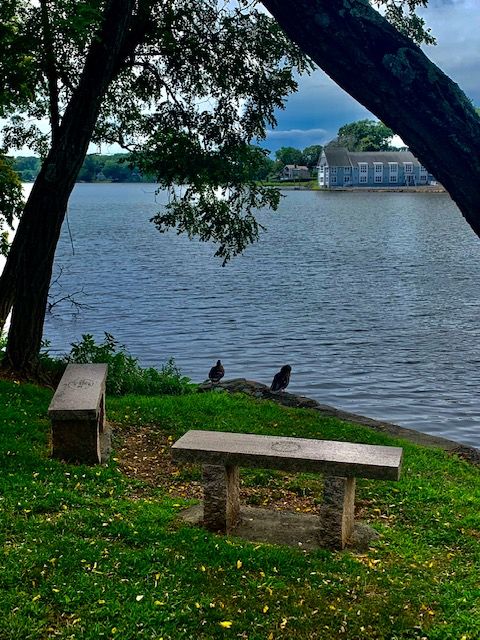 While Westporters frantically prepared for Hurricane Henri yesterday — stocking up on water and batteries, pumping gas and creating huge traffic messes from the Post Road to (inexplicably) Cross Highway and Easton Road — a rainbow appeared over Compo Beach.

Hopefully it was a good omen. Henri — downgraded now to a tropical storm, but still dangerous — veered sharply eastward. It now appears headed for landfall in Rhode Island. Our fingers are crossed for our many Ocean State friends.

Heavy rains could still head our way. Winds might not be as high as originally thought. But they may be.

And storm surges — especially around high tide at noon, during a full moon — could be dangerous.