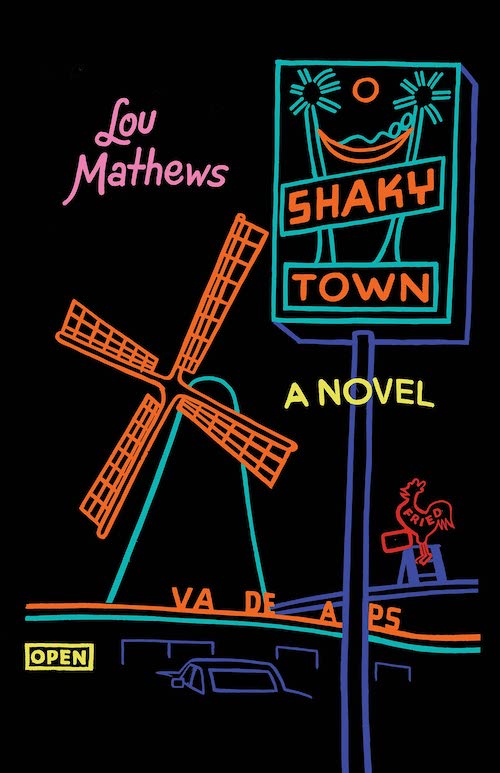 “TO BE ALIVE is to be vulnerable,” wrote Madeleine L’Engle, and few American cities exemplify this as poetically as Los Angeles — or Shaky Town, as the city is dubbed in Lou Mathews’s new novel by that name — a place erected on fault lines, where the very ground beneath you is subject to unpredictable furies.

But natural disasters aren’t the only source of vulnerability for the characters in Mathews’s novel. This is 1980s East L.A., a place rife with gang conflicts, cultural clashes, and religious malfeasance, a barrio where even the street signs point to trouble (Salsipuedes Street, translated from Spanish, means Get out if you can!).