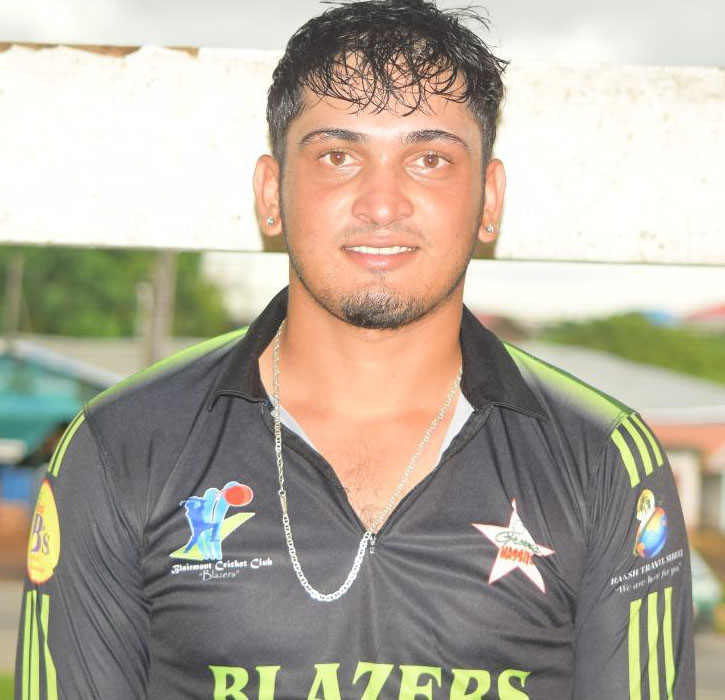 A pugnacious half century from Zameer Nazeer steered Blairmont Blazers to a six-wicket win over Cold Fusion yesterday at Tuchen, East Bank Essequibo.

The friendly encounter saw Cold Fusion winning the toss and electing to bat. The hosts brought the heat and piled on 142 for seven from their allotted 12 overs but that was not enough for the West Berbice side which raced to 146 for three with five balls to spare.

Leading the chase was Nazeer, who clubbed eight sixes and three fours on his way to a top score of 64. Nazeer entered the crease with Blazers already one down and on 24 after Marvan Prashad was dismissed for 10 and went on to add 83 for the second wicket with  Kevon Jawahir. Jawahir played the supporting role with an unbeaten 23, highlighted by two fours and one six.

Previous Musician eager to strike up band | Living
Next Report: Microsoft to bring support for Android apps in Windows 10 next year, x86 emulation for ARM processors